END_OF_DOCUMENT_TOKEN_TO_BE_REPLACED

I stumbled across a LinkedIn blog post that resonated with me as my summer life contains taking online classes and reading books in my topic area (in addition to others which are somewhat related and sometimes not).  I think that we are so conditioned to think that professional development as it exists in schools today is acceptable and enough that we forget it is much like all standardized school nonsense, shooting for the bottom, and for acceptable.  That is not going to cut it in the long run, and the changes and signs have been visible for some time.  Take a look at the jobs and look, not just as a CTE Teacher, but as a Teacher.  Do we really expect to exist in this model?  The same as we are today?

…research suggests there are going to be two types of businesses in the near future: ones that have robust employee teaching programs and win; and everyone else.

Specifically, the World Economic Forum (WEF) has analyzed how the world of business will change over the next four years. They concluded that more than 7.1 million current professional jobs will be eliminated by 2020, thanks largely to automation and changing geopolitics.

A mere 2.1 million jobs will take their place, some for positions that do not yet exist.

Even bigger than that, the study found that the jobs that stick around are going to change so drastically and so quickly, many of the skills needed to do them today will be obsolete in just four years. Specifically, the report found that 35 percent of core job skills will change by 2020.

Bottom line, a lot of jobs are going away, and the ones that are staying will require new skills. And it is impractical for companies to hire their way out of the problem, as the demand for people with select skills will be highly competitive, and yet those skills – and potentially those people – could become antiquated in just a few years.

Instead, companies will have to teach their existing people all these new skills. Many just aren’t sure how they are going to do that.

Diving into the numbers: Jobs are going to change, fast.

But the bigger point is that even the jobs of today are going to change so much by 2020, they’ll be barely recognizable. Thirty-five percent of the core skills needed to do today’s jobs will be different by 2020, with finance and infrastructure positions facing particularly swift evolutions.

Companies want to teach their way out of this problem, but they aren’t confident in their teaching programs.

To counter this, companies can’t just keep hiring people that have new, needed skills. With change happening so quickly, that strategy would require either massive layoffs or a bloated workforce, along with astronomical recruiting costs.

Instead, when surveyed, nearly two-thirds of companies said they plan on dealing with rapidly changing demands by teaching their existing workforce new skills:

Sounds good, right? But therein lies another problem – in a WEF survey, a mere 53 percent of company’s chief human resource officers (CHROs) were reasonably or highly confident in their ability to teach their workforce going forward.

That means that nearly half aren’t. So, yes, most companies believe teach their employees are critical, and yet many aren’t confident in their ability to do that.

And that’s a problem.

What this all means to you going forward

All this sounds like the plot of a dystopian science fiction movie, where robots and new geopolitical concerns woof down five million jobs while drastically changing most others. That’s not completely accurate.

Instead, dealing with this problem simply requires a new way of thinking about learning. … It means organizations taking a hard look at their existing teaching programs, and doing what they can to improve them.

And, for all employees out there, it means taking learning seriously. 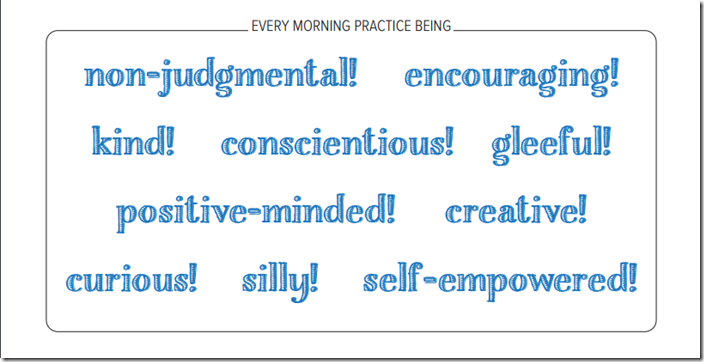 Know what this list represents?  Maybe a cleaner way to get where I want to go for my students. via teachthought

1. Have students create own their rules/terms

For an assessment, a project, an assignment, or even whether they pass or fail. If they make the rules, while there is still a game, they’ve had a hand in creating it.

No minimum numerical value to pass–focus instead on quality, iteration, and action.

We have them because they’re iconic symbols that express academic success in a language everyone understands–but because of this universal-language-ness, they’re reductive, hurtful, and artificial. There are alternatives to letter grades, after all.

Instead, strive for always-on learning–like intellectual start-ups that are open 24/7. Chain units together beneath one comprehensive question or challenge. Only give “points” for improvements to existing work, and constantly raise the quality bar so it’s more difficult each time to get the same “credit.”

5. Allow students to “start over”

If you’re not keeping score, every day is new. No such thing as a summative assessment. It’s all formative. And informative. Give them the space or flexibility to work from a clean slate whenever possible, even if they keep “failing.” Instead, change the terms of failure.

Yes, I know norm-reference assessments rank students, as can criterion-based assessments. And yes, I know “the real world” will rank them. And so will colleges. Why are we in such a rush to introduce the heartbreakingly-broken “real world” to precocious young minds that are trying to find their rhythm?

No numbers or points–these are just symbols. Find a more personal way to give learning feedback.