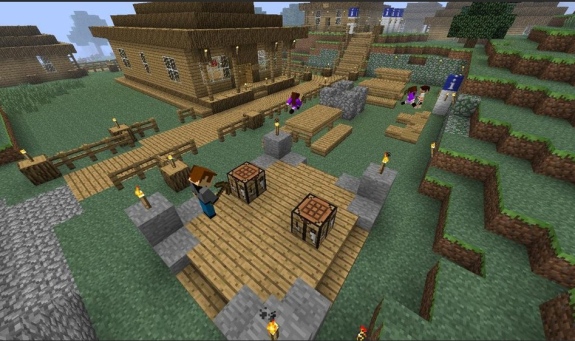 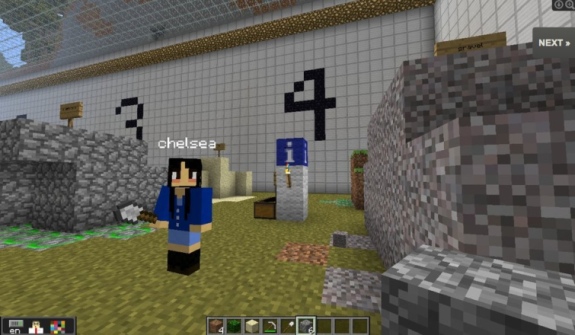 END_OF_DOCUMENT_TOKEN_TO_BE_REPLACED

In case you haven’t heard, Minecraft was just officially released. Yes, the game has been available to play for a couple of years, but it was in beta. Now the beta label is gone and the game is considered – well, complete – but if you’ve ever bought it before, you can enjoy all the updates without having to pay another dime, even if you paid back when the game was just $15 (or less)!

Here are a few reasons why it’s a good idea to give the game another whirl.

Remember, if you’ve ever purchased Minecraft while it was in beta, you still have access to it and all of these changes now that the game is on its first release version. Since there’s no cost, going back is just a matter of reinstalling the game. Let us know what you think of the changes in the comments.

From this article by  Chris O’Brien, How Minecraft is Taking Over The World, comes an overview of Minecraft a link that is a starting point for the discussion about its use in education.  This is going to be a game we are going to play in my classroom when I can research how to use it constructively.  Building is always a good thing.  Check back later for progress on this topic.

Minecraft introduces a world that is a blank canvas where players build just about everything. The prospect of filling those empty spaces allows players’ imaginations to run wild.When I asked my son, Liam, what he loved about Minecraft, he said: “You can play with all of your friends at the same time. And you can build anything you want.”That fundamental appeal is reflected in the game’s look. The design of the game is almost laughably primitive. In an era where achieving hyper-realism appears to be the main goal of most high-end video games, Minecraft’s look and feel appear to be plucked right out of the post-Pong world, something that might have been at home on the first Atari home console.Minecraft’s graphics are based on blocks, with not a curved line in site. The best reference may be Legos. The user grabs a tool and then either erases a block to dig a hole or creates a stack of blocks to build walls, houses, towers, just about anything you can imagine.At its basic level, that’s about it. There are no elaborate game mechanics, no quests or points or levels to achieve that make most games compelling and addictive. People have created thousands of “mods” that can add various competitions or quests, but at its heart, Minecraft is mainly an exploratory place.”The experience is really about the things you make and the things you can imagine,” said Jamin Warren, founder of Kill Screen, a video game arts and culture company. “That turns out to be a very powerful tool.”As I noted, the game also bucks the current trend of free-to-play games such as “FarmVille.” While there is an older “classic” version of Minecraft that is free, the current version costs $21.95. In a post on his blog called, “I hate ‘free-to-play,’ ” Notch made it clear he feels such games are really geared toward making players into addicts who will cough up money down the line.The people who like that model are “mostly game developers, not game players,” he wrote.I tried to reach Notch for several weeks, but a representative of his company said he was too swamped finishing up the next release and preparing for MineCon.It’s simply remarkable that all of these kids like my son discovered Minecraft. The typical way such things go viral is to build on a platform like Facebook. But Minecraft is linked to no social networks, though when you see your kids plotting elaborate structures together or playing remotely and chatting in Minecraft, you realize it is extremely social in its own way.In this case, it seems word of Minecraft spread through fan videos posted on YouTube. Leavitt noted that in September 2010 he found about 14,000 Minecraft videos on YouTube, and then watched that number jump to 400,000 two months later, when the game just seemed to catch fire.Several educators have even started a MinecraftEdu.com initiative to find ways to use the game in schools.