A repost from the NYTimes, just food for thought today. 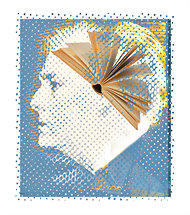 Research shows that education is an essential element to keeping the brain fit as it ages, an issue explored by the New York Times reporter Patricia Cohen in the latest issue of Education Life.

For those in midlife and beyond, a college degree appears to slow the brain’s aging process by up to a decade, adding a new twist to the cost-benefit analysis of higher education — for young students as well as those thinking about returning to school….

Many researchers believe that human intelligence or brainpower consists of dozens of assorted cognitive skills, which they commonly divide into two categories. One bunch falls under the heading “fluid intelligence,” the abilities that produce solutions not based on experience, like pattern recognition, working memory and abstract thinking, the kind of intelligence tested on I.Q. examinations. These abilities tend to peak in one’s 20s.

To illustrate how crystallized intelligence can operate, Gene D. Cohen, a founder of the field of geriatric psychiatry, related a story about his in-laws from his book “The Mature Mind: The Positive Power of the Aging Brain.” The couple, in their 70s, arrived in Washington for a visit during a snowstorm and found themselves stranded by the train station. When they saw a pizzeria across the street, his father-in-law had an idea. The couple went inside, ordered a pizza to be delivered to their daughter’s house, and then asked if they could ride along.

To learn more, read the full article, “A Sharper Mind, Middle Age and Beyond,” and then please join the discussion on the page with the article.